They say that you should not judge a book by its cover. That is not the case for solar panels.

Did you know that you can assess, among other things, the quality of a solar panel just by its appearance? More specifically, its colour?

Try doing a quick image search for ‘solar panels’. The results show mostly blue solar panels. Is there a reason for this, or can you opt for the colour that best suits your home?

The case for solar

For the more visually-inclined among us, the appearance of solar panels can be off-putting. Nothing wrong with wanting to make your home look its best – you work hard for that privilege.

Unfortunately we live in times when appearance can’t be the only consideration anymore. In November 2020 residents of Three Rivers, Vereeniging, had no power for more than two weeks.

We don’t always have loadshedding, but it’s always there, lurking in the background, ready to catch us unawares.

Our electricity supply has become so unpredictable that there is a real risk of loss in both your home and business. Just consider the costs of running a generator, or losing frozen food.

Furthermore there is growing concern about the earth’s resources. Solar panels only need sunshine to function, and we are not running out of that anytime soon.

Is it time to put personal taste aside and go green, by going blue? It might be worthwhile. 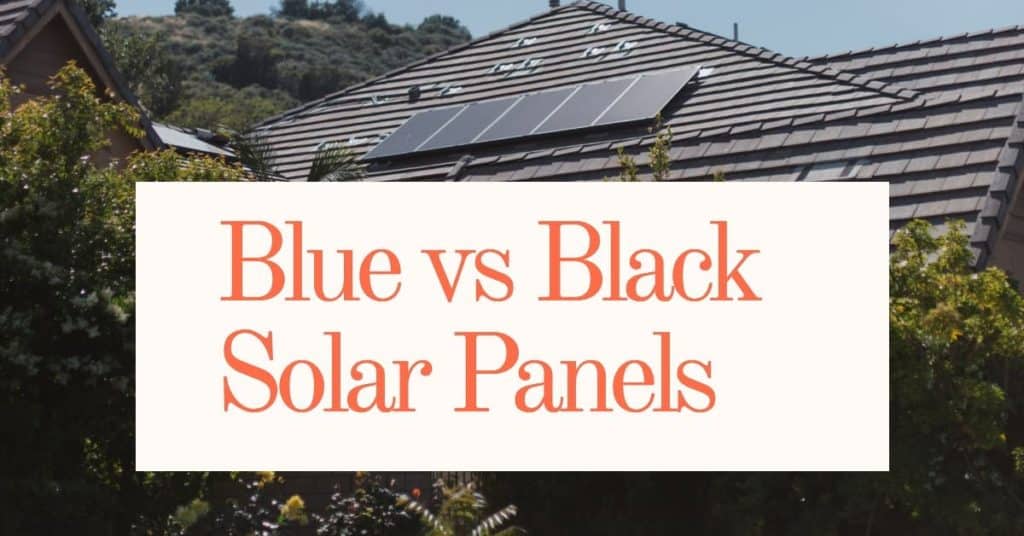 We see mostly blue solar panels, but black is fairly common as well. This has to do with the fact the blue panels are cheaper to manufacture, therefore more affordable.

Polycrystalline solar panels are made from silicon. To produce these panels many fragments of silicon are melted together, which then forms the wafers for the panel.

These panels appear blue because of the way in which the silicon crystals reflect light, along with the anti-reflective coating that they are covered with.

These are the benefits of polycrystalline (blue) solar panels:

In the production of monocrystalline panels, silicon wafers get chopped off from all four sides, since they require individual shaping. This silicon ends up as waste.

Blue solar panels do not require individual shaping, so the wastage is avoided.

Now, let’s consider the production of monocrystalline solar panels. Here a silicon crystal seed is placed in a vessel that contains molten silicon.

The silicon crystal is slowly drawn out in a process that, along with the molten silicon, forms a block of solid crystal silicon. This block is then sliced into silicon wafers used as solar cells.

The black appearance is the result of the way light interacts with a solitary-crystal cell as opposed to the way light hits a cell that consists of many crystals.

This does however remain a matter of personal preference.

Another neutral and possibly less invasive colour, are white solar panels a possibility?

A Swiss company called CSEM had the same idea back in 2014. They reckoned that white would be much more pleasing to the eye as it would easily blend in with buildings.

Black, of course, absorbs the sun while white reflects it, but CSEM argued that this is beneficial, as the panels would reduce the cost of air conditioning by keeping buildings cool.

They went on to manufacture the world’s first white solar panels. These panels didn’t contain visible connections either, so the result was a clean-looking white slab.

This was achieved by producing a plastic layer that goes over the panel.

The purpose of the layer is to act as a scattering filter that reflects all visible light, yet still allowing infrared rays through. This allows the panel to generate electricity.

“Any solar technology based on crystalline silicon can now be used to manufacture white modules,” said Professor Christophe Bellif, Vice-President Photovoltaics at CSEM.

Sciencedaily.com recently reported a breakthrough in the production of see-through solar panels.

A team led by researchers from the University of Michigan managed to develop transparent solar panels with a record-breaking efficiency of 8.1%.

Efficiency refers to the percentage of the sun’s rays that get converted into electricity. Average solar panel efficiency is around 20%.

The university team’s design was carbon-based and didn’t make use of silicon like normal solar panels.

The purpose of this design is to ultimately be able to use the glass facades of buildings to generate electricity.

These facades are usually treated with a coating that reflects and absorbs some of the light. This reduces brightness inside the building and helps to keep it cool.

Rather than losing the rays that are reflected and absorbed, transparent solar panels could use it to reduce the particular building’s electricity costs.

Depending on where you find yourself in the world, with Europe and the US being the market leaders for now, you could even invest in brightly coloured solar panels.

These have been developed for the sole purpose of blending into their surroundings, lessening the harsh appearance of traditional solar panels.

Some overseas companies even offer the printing of images on solar panels. This gives you the option of using solar panels for branding or advertising.

Scientifically speaking we can’t get away from the fact that black absorbs the most light. Therefore it’s a given that coloured solar panels will be slightly less effective.

You will also look at having to pay a bit more to add some colour to your life.

Locally our options are still mostly black or blue solar panels. Both’s performance are up to scratch and your decision will depend on your personal needs.

This might change as technology develops, which fortunately it does at a rapid rate.

However, the first priority is making a plan to keep the lights on so that business as usual can continue. 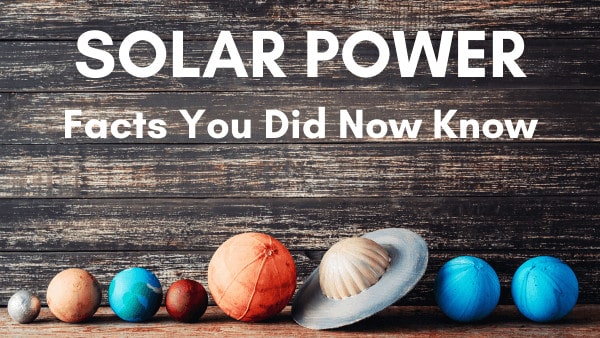 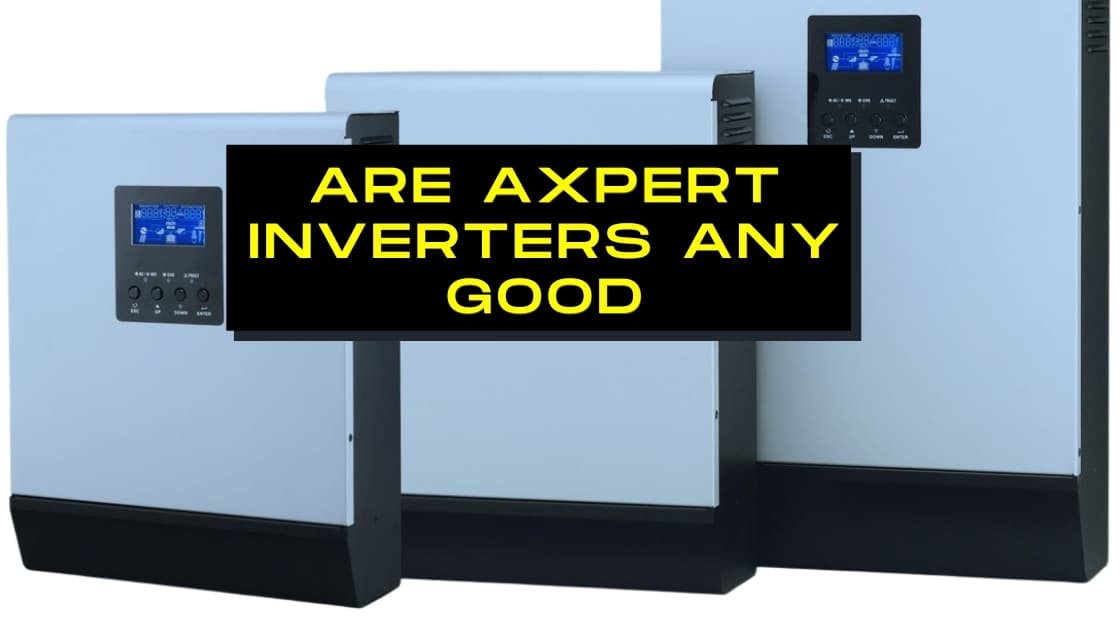 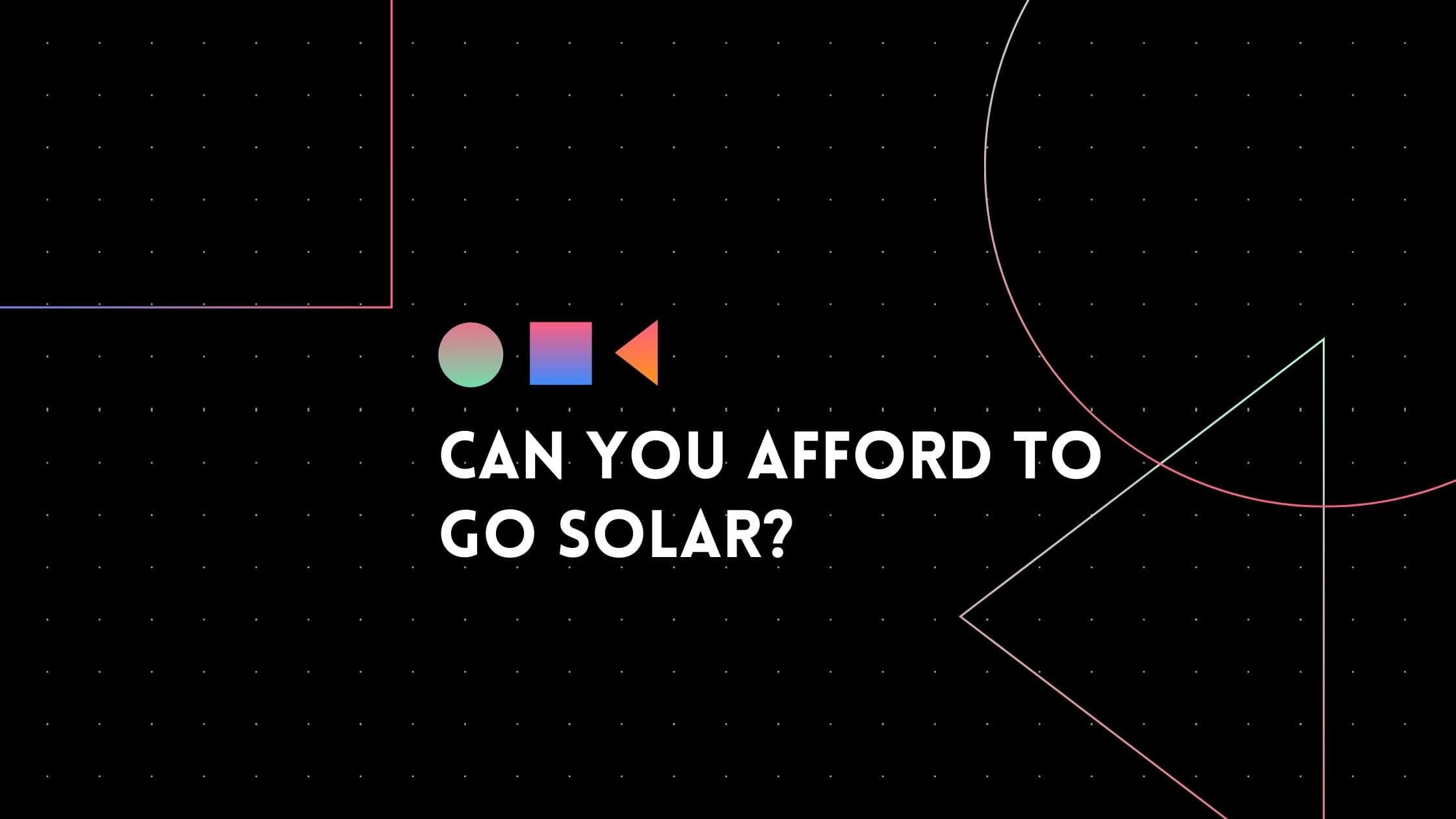 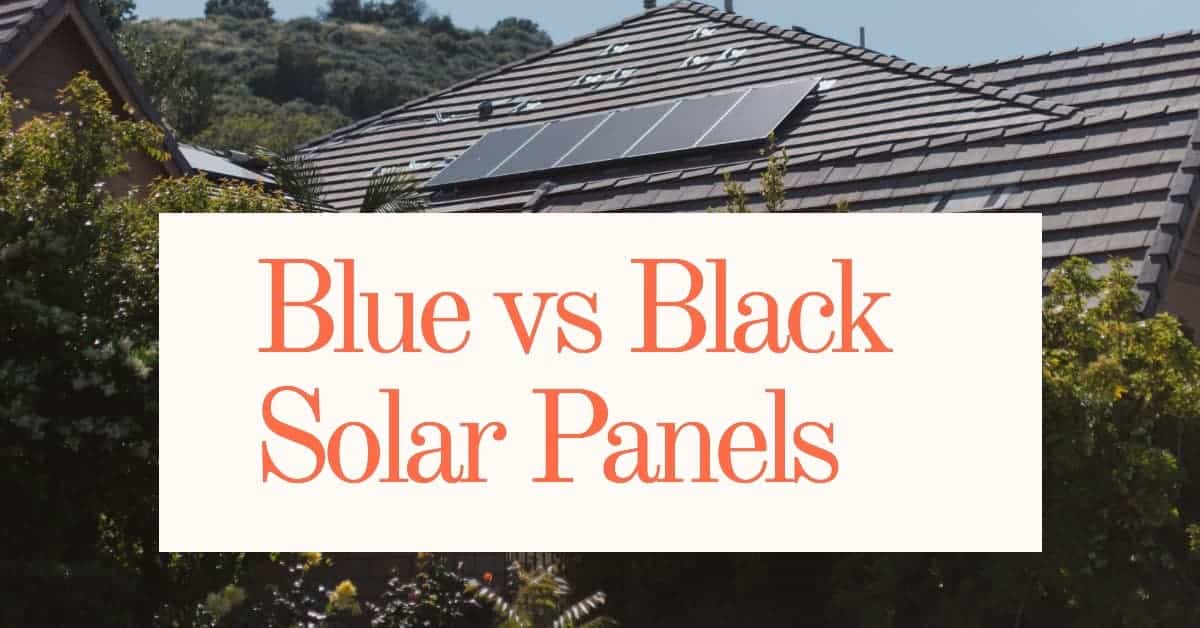 They say that you should not judge a book by its cover. That is not the case for solar panels. Did you know that you